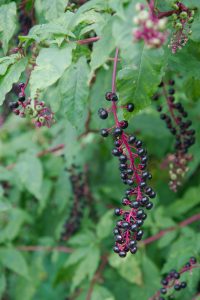 Those who have been involved in manifesting (Law of Attraction) for a while have usually encountered a situation where everything is going smooth, then all of a sudden, things go haywire, and it seems it’s all falling apart.

Sometimes, it’s like you’ve hit a brick wall, and the universe is saying, “You shall not pass!”

When it happens to someone just starting out, they tend to take that as a sign that manifesting doesn’t work, and it’s all a giant waste of time.

Those who have had a few successes will tend to look at it as a lesson, where they need to learn something new.  Maybe they might interpret it as a sign that what they wanted wasn’t good for them, and they shouldn’t want that thing/person/situation.

More experienced manifestors will realize that the “block / obstacle / limitation” is within themselves, and go within to find the belief(s) responsible in order to get things back on track.

In today’s post, I’d like to talk about how we can respond to these situations, and how to prevent them from happening again.

The first point I want to bring up is that we humans have highly complex belief systems.  There might be hundreds of beliefs that all relate to the situation at hand.  There’s also something I’m starting to pay more attention to, which is that some beliefs are context-dependent.  In other words, we may believe that people are basically good and honest when we’re feeling good, but believe that people will lie any time it benefits them when we’re in pain.

We may also believe that we’re excellent at manifesting in most situations, but feel that our ability to manifest in one particular situation (such as wealth, health, or relationships) is limited.

When we go through our process to manifest a desired outcome, all of these various beliefs are involved in producing the physical events that actually transpire.

That’s the problem with partial beliefs.  If they’re not 100% to the positive, then there’s SOME belief in the negative.

In order to GUARANTEE positive results ALL OF THE TIME, then our beliefs in our ability to manifest in all situations must be 100%.

When we’re just starting out, most of us have a mix of beliefs, and we have a history of some things working and other things not working.  These beliefs will create our experiences in manifesting, and the result is that some of our manifesting efforts will fail.

With more experience, our confidence grows, and we expect more and more of our efforts to be fruitful.

So, back to the subject of today’s post.  How do we respond when a particular manifesting effort fails?  And what if a whole string of efforts fail?

Personally, if one of my manifesting goals fails to manifest by a particular time, I simply assume that it just hasn’t happened YET, and will still show up in due time.  If time is a factor (such as when an outdoor event is scheduled, and we wanted sun, not rain), then I will refocus my mind, be very deliberate about going deeply within myself, imagining the desired outcome in sharp, clear detail mixed with positive emotions, remind myself (affirm) that I am a manifesting master, and trust that this time, the results will come quicker.

I might continue to focus on the desired result as if it’s already a physical reality, and mentally apply this “template” onto the world around me as a baker might apply a cookie cutter to the dough that’s been rolled out in front of him/her.

If necessary, I might remind myself that physical reality can change in a moment (which has been documented several times throughout history) and focus on the idea that “it’s already done”, and the evidence will show up soon.

It’s also important to realize that any effort to apply force indicates a belief in resistance, so there’s no “force” involved.  Just a firm focus on the desired outcome.

I also don’t allow myself to slip into anxiety or depression about the “failed” attempt.  I’ve learned that this is nothing more than a focus on the negative, and I don’t want to manifest anything negative, so I refuse to give that type of energy my focus.

Ideally, we want to be in the mindset that the desired result is “destined” to happen, there’s nothing we need to do (i.e. – it will happen without our help), and nothing could possibly stop it.

Few things are really that critical, and most of the time, if something doesn’t work out, I just accept it and move on, knowing that I have a 90% batting average, and that’s good enough for me.

So, that answers the question about what to do if a particular manifesting effort fails.  What about a string of such events?

In most cases, this indicates an underlying belief needs to be addressed.  For those wanting to manifest greater wealth, I will often ask them how they feel about those who have more wealth.  If the issue is about health, I would ask them to pretend that beliefs have no effect on their experience and tell me why they have the health problem, and what’s preventing them from being healthy.  The same if it’s a relationship issue, or most other issues, actually.

When we take note of the “reasons” for the problem (as someone who didn’t believe in manifesting might give), then we find out what we believe about the issue.  These will be the beliefs that need to be addressed in order to manifest a different reality.

Early on in my relationship with my wife, Linda, she believed that rich people were crooks, and that those who had lots of money couldn’t be trusted.

My beliefs at that time included a belief that I was generally “a failure” who happened to be able to manifest a few things here and there.

You can probably guess what our financial situation was at that time.

By the time I wrote the original Keys To Power – Step by Step course, I understood the importance of these “underlying beliefs”, but only had rudimentary tools to offer for changing them.

Over the years, I’ve worked on learning new and better ways to get ALL of our beliefs working FOR us and our manifesting efforts.

In 2008, I published Choose To Believe, which offered a whole toolkit for working with beliefs directly.

Since then, I’ve gravitated towards a single process that has worked better than all the others, and if you’ve followed my writings in the last couple of years, you already know that it involves relaxing deeply, imagining the desired outcome in rich, vibrant detail as if it’s happening right here, right now, and then trusting that it will actually happen.

The first time I did this type of process resulted in the manifestation of $70 the same day.  Since I was homeless (and penniless) at the time, that was a massive windfall.

All of the big manifestations I’ve produced involved this same process in one way or another.  Which is why it’s the central focus for the new course I’m creating this year.

This new course (Divine Dynamics) will also help those who have experience in manifesting to eliminate all of the little belief patterns that could come up in various situations, so you can get consistent results every time you set an intention to manifest anything.

To get more information on my new course, and to register (it’s free!), go to https://PowerKeysPub.com.