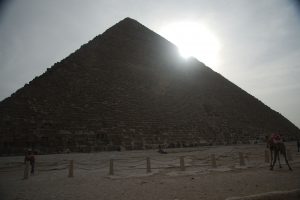 Every January, people all over the world make a decision to start something new.

Nothing wrong with that.  In fact, I do it as well.  However, it’s important to know that EVERY day is an opportunity to start something new.  As a greeting card I once saw said, “Today is the first day of the rest of your life.”

That’s true every day.  THIS is the FIRST day of the rest of your life.  Doesn’t matter when you’re reading this.

Those who had been following my blog may have wondered where I’ve been these last few months, and if there will be anything new from me in the coming year.

In July, my wife and I took a trip to England for a Beatles-themed tour.  That led to a fairly large job, which pushed back some other jobs, and I spent over 4 months with my nose to the grindstone taking care of my photography customers.

It’s only been the last couple of weeks that I’ve really had any time to sit back and think.  Of course, I haven’t been working 24/7, as I set aside evenings to spend with my wife.

And after months of working hard, guess what I’m planning?

Well, maybe not quite so hard.  However, the plan is to write 1 or 2 new books this year, create at least a dozen guided meditations, a dozen designs to be used on posters, t-shirts, mugs, etc., and a video course based on one of the new books.  And in the spare time left over, create videos from many of the blog posts here for a YouTube channel.

The book will be written like my original Keys To Power course — one lesson per week.  In this case, for 52 weeks.  I already have an outline for what will be covered in each lesson.

And guided meditations really don’t take THAT much time to create.  Two or three days per meditation at most.  Write it, record it, edit it, and mix it with a few different backgrounds.  So one a month should be easy enough.  I also expect the designs to take a similar amount of time, mostly because this will be something new for me and I really want to give myself plenty of time to work through my ideas.

This plan is wrapped around a central core concept.  There have been several experiments where a group of people got together to meditate, and the effects of the communities around them have been positively affected.  I believe that if we get enough people working together to not only meditate, but PRAY FOR humanity as a whole, we can shift the energies of our planet to a more enjoyable future.

I’ll have to look up the details, but I seem to recall the data suggested that if the number of members in your group equals the square root of the community population, that is enough to have a significant impact.  If so, then it would only take about 89,000 people to affect the world as a whole.

That’s really not that big a number, and completely do-able.

It will take an investment, though.  Advertising to get people to a website takes money, and only a percentage of folks will follow through on the actions we propose.

Rough estimates based on past experience say that it will cost about $4 per person, or about $356,000 to make this vision a reality.

Again, not an unreasonable number.

In fact, when I wrote and released the “30 Days to Divine Power” e-course 2 years ago on a “pay what you feel it was worth to you” basis, that brought in more than $4 per person.  Only about 12% made a payment, but the average payment was for about $40.

So a similar thing could easily create similar results.

I’ll set up a writing schedule to write my new book in 52 weekly installments, with each installment focused on helping the reader get great results from prayer.  The first module will cover the core process, basic principles, and techniques for getting great results.

The next module will expand on the first, and show how to get even better results with a more in-depth focus on the details.  Not just good or great results, but MAXIMUM results.

Module 3 will focus on personal develop topics to extend the students effectiveness beyond prayer.  Subjects like creativity, memory, productivity, time-management, wealth attraction, relationships, and so on will be covered.

The 4th and last module will focus on how to use your skills and abilities to create change in the world around you.  How to motivate others to see your vision, how to persuade people to do what’s in the best interest of all concerned, and how to organize the efforts of many towards a single goal.

In short, the material is a guidebook for anyone wanting to make a real difference in their own lives and the world.

I expect it to be my best work yet.

I considered releasing it on a “pay what you feel it’s worth” basis again.  But since I’ll need to collect money up front to pay for continuing advertising, I think there’s a better option.

It might be easier overall to set up a selection of packages to choose from, with the main 52-week course as a free option, and packages ranging from $20 to $200.  That way, there’s an easy-to-understand transaction involved that can work for everyone.  The package will include guided meditations, videos, and other materials well worth more than the asking price.

I already have the packages planned out, and I’m excited to make this happen!

From a business standpoint, it’s completely possible to run a business with this sort of offer structure, so the project can easily pay for itself and then some.

My next step is to take the plan as it is and start doing the work.  As I go, I’m sure I’ll find details that need to get adjusted along the way.  Whatever comes out of this, I’m sure it’s going to be something wonderful!