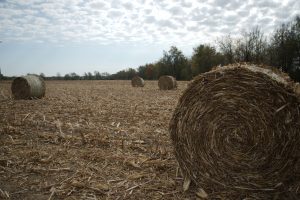 The more you understand this, the better your results are going to be.

Before I get started, please know that there’s a twist at the end. You may THINK you know where this is going, and yet you’re going to be surprised at where this ends up.

At the core of all manifestation work, there is an assumption–or at least a hope–that the process we use will produce the desired result.

That result may be increased prosperity, better health, improved relationships, a new home, or even greater peace of mind. It can be anything.

In a way, this is an extension of the topic of symbols, and how our minds associate one thing with another.

At some point, we associate the process we use with the idea of successful results.

This is the faith aspect I keep talking about.

When you get deep into the study of manifestation, you come across many different ideas.

And if you keep studying, you find that most of those ideas are based on simple foundations.

“If you believe in it, it will work.”

That’s not the only thread you’ll find.

Another thread can be expressed as “what you give, you get.”

If you give chaos to the world, you get chaos in your own life.

If you give your best, you get the best.

I’d like to clarify what I mean by these.

It can be as simple as being disorganized and not fulfilling your promises.

If you are consistently late for appointments you set, you are creating a low level of chaos.

This tends to come back to you as traffic jams, keys that won’t open the lock they were made for, and long lines at the grocery store.

Giving love and acceptance is easy when it’s people you already like.

But what about people who act in ways you disagree with? For example, murderers, rapists, child molesters, sexual deviants, and corrupt politicians?

Is it within your capability to accept them for who they are?

If not, then expect that somewhere down the road, YOU won’t be accepted for being who YOU are.

This is one area where the Christian Bible contradicts itself.

In many places, it says that we are the “correct” those who “sin” and bring them back to the path of “righteousness”.

Elsewhere, we are told to be non-judgemental, and that God will take vengeance on those who do wrong.

Before you can correct someone, you have to first judge them as needing correction.

I see value in both ideas, and it may be more a matter of degree than absolutes.

Personally, I feel that if you can help someone, do it, because that helpful attitude will come back to you when you need it.

However, if your focus isn’t on helping them, but on punishing them, that’s another story entirely.

As much as this sounds like I’m suggesting a morality code, I’m really not.

If you want to kill, steal, and cheat, go right ahead. Just know that it’s going to come back to you at some point.

UNLESS… you balance the scales first.

What we’ve been talking about is a principle known as karma. Cause and effect.

Although most folks seem to think of karma as the universal penal system, that’s just one side.

The other side is a system for rewarding those who do good.

And it’s not just the things you do PHYSICALLY, but what you do within your mind as well.

In fact, it’s this aspect of karma that makes manifestation possible.

When we GIVE thoughts of a desired result mixed with positive emotions, we GET the result we expect.

If we GIVE thoughts of what we want mixed with emotions of anger, frustration, and fear, we get something a bit different than what we actually wanted.

The clearer the thoughts involved, and the more intense the emotions, the stronger the result.

Also, the more you believe in the principle of karma and manifestation, the more it will work.

If you’ve noticed a string of “bad luck” in your life, the best thing to do is to focus your mind on its opposite while in a state of positive emotion, trusting that this will turn the tide.

Believe me, it really can do just that.

You just have to stick with it long enough.

The more “negative energy” you’ve put out into the world, the more it’s going to take to turn it around.

Use your manifestation ability to help others.

In common terms, this means to pray for their well-being.

Today happens to be the Unity World Day of Prayer. https://www.unity.org/wdop

The idea here is to spend some time to focus your mind on the idea that everyone in the entire world is blessed, and the blessings you send out will come back to you.

Take as much time as you need to relax into a deep state of alpha or even theta.

Allow yourself to indulge in positive memories and ideas to bring up strong positive emotions.

And imagine that you are blessing the whole world and everyone in it. Use any symbolic gesture that makes sense to you.

You could visualize a golden white light spreading around the globe, or you could imagine people meeting each other with smiles and hugs.

You could even imagine s slider on a control panel, and move it from “war” to “peace”.

Any symbol you want to use in this is fine, as long as you feel strong positive emotions, clearly imagine the final result, and trust the process.

When you take time to bless other people, blessings will become more apparent in your life.

And if you want to do something on a physical level (always a good idea), you could hold a door open for the next person coming through, or donate to a worthy cause, or be generous with your smile.

You will become a more powerful manifestor.

Until next time, be blessed, my friend.