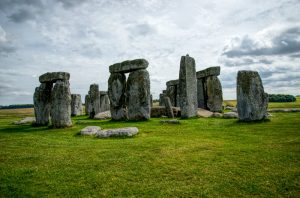 It’s been WAY TOO LONG since I last posted to this blog!

Last year, I decided to do another “deep dive” into the nature of manifestation and pursued another round of experimentation to see if I could discover additional ways to get better results with less effort.

To be honest, I was skeptical, as I felt I had already mapped out the best possible means of manifesting using my Harmonic Prayer process, with possible additions from the whole Symbolic Solutions concept.

Let’s just say that once I put those two together, with a few ideas that came out in the 30 Days to Divine Power e-course, the results were incredible!

I started the year getting ready to share what I had learned — making a number of technical updates to my websites, including converting them to WordPress, installing a new email system, and a bunch of minor updates.  But then the manifestations just kept coming.

I was hired to do a number of fun and exciting video projects, including a job for Toastmasters, and a promo video for a local organization.

My wife and I went to London and Liverpool on a Beatles-themed tour, partly funded by Linda’s cousin, who was also going on the trip.  Of course, I had to add on a day so we could go see Stonehenge!  Since I was recording video of our tour, several others on the tour asked if they could purchase a copy of the final video I produced, so our vacation became a source of income.

At the moment, I’m between projects, with more than enough to keep me busy until the end of the year.

One of those projects is to write a new book, which I’m planning to call “Divine Dynamics: The Science of Manifesting Miracles“.  Another project is to clean up the material created for a 9-week course I presented to a local group on building a business.  The course was called “Changing Lives for Fun & Profit“.  There is video of the sessions as well as written text for each.

One of the things I’ve learned is that even in mundane situations where most folks would think they just need to “buckle down” and focus on getting things done, if we take a moment to relax, connect with our Divine essence, and focus on manifesting the end results, there’s a lot less work involved.

That’s what I have to remember as I move forward. Don’t force it.  Manifest it.

When you do that, obstacles melt away, and you find all the energy and focus you need to accomplish your goals.