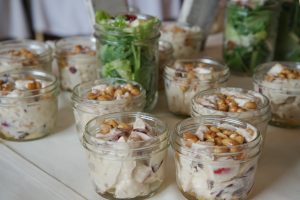 So far in this series, I’ve shared with you a simple process for manifesting your desires, and have suggested that you can use the same process to improve your ability to use it.

In case you missed that, the core process is: Relax, Indulge, Imagine, Trust, Act.

Relax into an alpha/theta state of mind.

Then elicit positive emotional feelings through whatever process works for you. With practice, you can simply IMAGINE an enjoyable experience, and that will be enough.

Imagine the end result you want to manifest, as vividly real as you can, to the point where it feels like it’s happening right here, right now.

These first 3 steps naturally shift your mind state so you automatically start to trust that what you just imagined is a real possibility.

If you relax deeply enough and imagine the desired result in enough detail, you may even feel that it has ALREADY happened, which strengthens the trust aspect that much more.

And finally, the final step is to act as you would normally act with the KNOWLEDGE that it’s just a matter of time before you SEE the results.

One of the stories I regularly go back to is when I manifested the relationship I now have with my wife, Linda.

This is exactly the process I used to manifest that relationship. Each evening, I would spend about 30 to 60 minutes in deep relaxation and DAYDREAMING about the relationship I wanted.

During the days, I would be on the lookout for the “chance meeting” I EXPECTED to happen.

Would I meet her in the grocery store?

Would I run into her on the sidewalk around that corner?

Would someone introduce me to her?

I didn’t just sit at home waiting for her to show up, and I allowed myself to be open to taking new routes to the places I went.

I listened to my gut, and acted on whatever it told me to do.

Eventually, during one of my meditations, I got a feeling that I would enjoy finding a church that did meditation services, so I pulled out the Yellow Pages (this was before smartphones) and found one.

A couple of weeks later, we met.

Relax, imagine, and trust. All with positive emotion.

I realize that most of us have a hard time trusting.

That’s the reason for the relaxation, indulgence, and imagination steps. They help build trust.

Now, to clarify the indulgence step.

This is another area many of us have difficulty.

We’ve been told it’s wrong to indulge in enjoyable experiences.

In some cases, we may have even been told we would “go to Hell” if we did it too often.

On a more practical level, it has been suggested that those who spend too much time indulging their emotions will never get anywhere in life, because they aren’t willing to “buckle down” and do the work required.

In other words, spending time in indulgence may be seen as a waste of time.

I used to see it that way.

I rarely allowed myself to let loose and enjoy life because I was always too worried that I wasn’t getting enough work done.

Those were the times when I rarely succeeded in manifesting anything.

It wasn’t until I gave myself permission to disconnect from the demands of the world, sit back, indulge myself, and focus on what I really wanted.

That’s when my “luck” improved.

Of course, I didn’t see the connection right away.

It took years before I understood how my daydreams affected physical reality.

Especially since I was trying out many different ideas, and also spent time in intense concentration to develop my “mind power”.

For a long while, I THOUGHT that it was my willpower that “made things happen”.

It wasn’t until I cut out the daydreams again and focused entirely on the idea of willpower that I realized my efforts along that line were counter-productive.

Let me clarify this for you.

The ONLY purpose for willpower is to shift yourself into a positive emotional state and focus your mind on what you want to manifest, as if it’s a current reality.

Believe me, it takes a bit of willpower to feel positive and trusting when the world seems to be falling apart.

Other than that, there’s no place for willpower in manifesting.

It happens by TRUSTING that what you want will actually happen.

Everything else is merely to get you to trust.

This is probably a good place to stop.

In my next post, I’ll pick up where we left off and talk about the role emotion plays in the manifesting process, and the danger that lies in always “going with the flow”.

Until next time, be blessed, my friend!