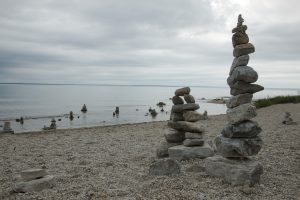 Six years ago, in 2012, after coming home from a trip to Hawaii, I was inspired to write a new book called “Harmonic Prayer“.  This was 4 years after writing my “Choose To Believe” book, and I felt this would give folks a ‘shortcut’ to shifting the beliefs required to manifest their desires.

I still feel that a process of prayer can be one of the best ways to shift our beliefs so they may support a new life experience.  The only thing that’s different now is that I have a much better understanding of the psychological mechanics involved.

In 2012, I described Harmonic Prayer as a 5-step process involving Faith, Focus, Feeling, Thanksgiving, and following Divine Guidance.  Today, I describe the process as Relax, Indulge, Imagine, Trust, and Act (on Divine Guidance).  Still 5 steps, and roughly the same steps.

Back then, I knew there was a feeling associated with being connected with the Divine, but I really couldn’t describe what that feeling was, and the best suggestion for producing it I could give was to open yourself up to the feeling of love.

Today, I understand this ‘connection’ as a combination of relaxation into an alpha/theta state of mind and emotional indulgence, which could be associated with love, joy, gratitude, pleasure, or even pride.  As long as it makes you feel good, it helps you “open up” to the Divine.  This, plus relaxing into alpha/theta, puts you into a mind space conducive to manifestation.

So, the Feeling and Thanksgiving steps of the original process are now described as Relax and Indulge.

The Faith and Focus steps are essentially the same.  You need to spend some time focusing on what you want to manifest, experiencing it as a very vivid daydream, as if it’s happening right now in the moment.  You also need to have faith, and trust that you’ll get your desired outcome as soon as it can be arranged.

Following Divine Guidance is also essentially the same as before.  The only difference is that I’m putting a little more emphasis on the ACTION involved.  In most cases, you will be personally involved in bringing your manifestation into reality, and you need to trust the process enough to “step out in faith”.  If you don’t yet feel comfortable doing so, you need to spend more time in prayer.

Over the last two months, I’ve been doing another “deep dive” into this material and reading through a variety of other authors’ material to make sure I haven’t forgotten anything.  All to get ready to write the next book/course.

I have an outline prepared, which includes elements from everything I’ve written thus far.  Guided meditations, hypnotic symbology, NLP enhancements, willpower training, practical advice, etc.  For all practical purposes, I see this as becoming the ultimate expression of the work I’ve done over the past 15 years.

As I write this, I’m considering what to call the new course.

I’ve noticed that many books in this field which stand the test of time tend to name a process, method, or system.

And then there are more action-oriented titles, such as:

Some books stand the test of time even without such titles, such as “What Color is  Your Parachute?“, which defies all logic, as it’s a book on finding a new job.  This goes to show that titles are not the most important thing when it comes to making sure a book is successful.

I could go for something like “The 5 Keys to Powerful Prayers“, which incorporates several of these elements, and has a bit of intrigue as well.  A variation of this could be “5 Prayer Keys that Get Powerful Results“.

If I wanted to emphasize the enjoyable nature of the process, I could call it “The Party Prayer Process“.  Maybe even, “Indulge Your Way to True Prayer Power“.  Somehow, I don’t see many people responding well to that last one.  Or maybe it’s just a bit too ‘sensational’ for my taste.

However, the original Harmonic Prayer book had the subtitle, “How to Instantly Increase Your Prayer Power”, which is a bit sensational in it’s own right.

I’ve considered titles like “Blessings Galore” and “Blessings, Blessings Everywhere”, but they’ve already been used by other authors.  While titles do not enjoy copyright protection, I’d rather use unique titles for my work.

For whatever reason, it also seems that most folks gravitate more towards science-sounding approaches, as if they’ve already lost faith in prayers, or just want something a little less related to religion.  One reason why we had a flood of quantum-this and quantum-that in recent years as everyone flocked to “Law of Attraction”-flavored manifestation systems.

I certainly don’t blame anyone for this.  I, myself, gave up a long time ago on asking for help from a nebulous divine being who may or may not choose to respond.  My own view of prayer doesn’t depend on a personality, but on natural laws of reality that work anytime you get all the variables right.

Having covered all this, other possibilities include:

My next step is to take all these ideas into a meditation and ask my deeper mind to give me the winning title.

After asking a few close friends for their input on the titles above, and some meditation of my own, I’ve settled on a title for the next book, which is:

Faith, Focus, and Feeling.  The Keys to Manifesting Your Dreams with Harmonic Prayer

While some authors are comfortable writing the book first and naming it later, I find that the title influences the content of the book, and prefer to get it closer to perfection the first time around.

Now, on to updating the outline to better conform to the nature of the title.