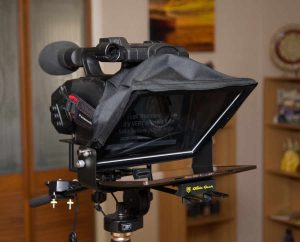 I’ve never been afraid to try something new.  I’ve just been cautious to avoid wasting time.

Perhaps in the end, these are the same thing?

Either way, I do try different things from time to time, especially when I feel it’s a good opportunity to experience something fun, or a way to improve what I’m doing.

A couple of years ago, after having been asked to video record a number of live events with my Nikon D800 (a stills camera with some video capability), I decided it was time to get a “real” video camera — one that didn’t have a 30-minute time limit per recording.  I selected the Sony AX100, as it seemed to be the best balance between quality, cost, and portability.

At the time, I reasoned that having such a camera would not only allow me to better serve my customers, but it would also give me a way to create educational videos for my online community.  The first time out, I had hooked it up with an external audio recorder, and forgot to press the record button on that external recorder, so when it shut down, I lost audio to the video camera.

Whoops!  Guess I can’t use THAT recording.

After that, I set up a space at home to serve as a recording studio, and try as I might, I just couldn’t get comfortable talking to a camera with no other people around.  I would hem and haw around, start speaking, realize that I said something a little off of what I would like, start over, and eventually get so flustered I decided I needed to try a different tactic.

I was much better in front of a live audience.

So, I started recording short talks I would give here in the local area (Grand Rapids, MI), and while they turned out okay, and I felt comfortable publishing them to YouTube, they just didn’t seem like the type of video I was after.

So, I put the whole idea on the back burner for a while.

Recently, I realized that what would make my “studio recordings” much easier was if I could write out a script, memorize that, and then I could focus on the script without having to “feel” the audience and respond to that, which is how I normally give my talks.

I wrote out a script, started working on memorizing it, and realized that it was going to take at least a week before I was ready to deliver it as I would like to do.  However, I also noticed that when I had the words in front of me, it was relatively easy to speak them with the proper tone and inflections, and my biggest problem now was just memorizing a 3000 word script.

And then it hit me.  Teleprompter!

I knew about them, had heard they were expensive, and even saw a few YouTube videos talking about cheap alternatives, such as printing out 20-30 seconds worth of script on a piece of paper and hanging that close to the camera.

But I had tested the idea some time ago, by recording myself talking while looking at the LCD screen on the side of the camera, and even that made it clear I wasn’t looking into the lens of the camera, and therefore, not looking directly at the viewer.

So, I decided it was time to look into this further.

What I found was that there are relatively low-cost devices (around $200) that sit in front of the camera lens, and reflect the screen of a phone or tablet, which can run a teleprompter app (free or low-cost) and serve my needs perfectly.

So, I ordered one of these devices (a Glide Gear TMP100, for the interested readers), checked out a number of Android apps, and put a system together.  (BTW, it looks like the app called “A Prompter for Android” is the best fit for me.)

You know how when you make a decision, and then you get a feeling in your gut about that decision?

That’s your deeper mind speaking to the wisdom of the decision your conscious mind just made.

Well, my gut is telling me I made a GREAT decision here, and that I’ll finally be able to turn all the writing I’ve done into video content.  I’ll just need some practice.

That’s my task for today.  I just set it up with my DVX200 (which worked better than I expected), and I’ve already got a script to work with.

My early testing has indicated that I might want to work on the formatting of the script to adjust the timing in different spots, as the teleprompter app scrolls the text at a fixed speed, so any adjustments in timing need to be done using blank lines and “junk” text to slow it down from the fastest parts of the script.

Overall, my investment here was less than $250, and I think this is going to help both me and my video clients to produce much better videos.