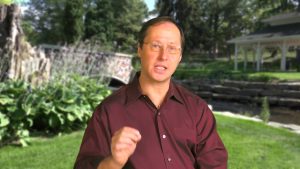 Here is a short, 20-minute video I put together describing the basics of Harmonic Prayer.

This is the first video I’ve produced with a new piece of equipment — a teleprompter! For those interested, a Glide Gear TMP100, to be precise, which requires a tablet to display the notes/script. For the tablet, I’m using an old Asus Transformer T101, with an app called “A Prompter for Android.”

I already had the script, and had been working on it for a few days trying to memorize it, and noticed that when I had the script in front of me, it was SO MUCH EASIER to speak the words with feeling and personality than when I was focusing on just remembering the words themselves.

A few minutes of practice with the teleprompter itself, and I was comfortable enough to sit down and do a quick test video. The test video came out well enough, and as they say, it doesn’t necessarily have to be perfect, it just has to be done. So I went with what I had, and here’s the result.

For those interested in having a video like this done, the pricing depends on how well prepared you are, and how many “takes” you need to present your material well.  With quick recording and minimal processing (as done here), I can produce a similar video for around $500 with a royalty-free commercial usage license.  For personal use, the same video would be priced at $250.