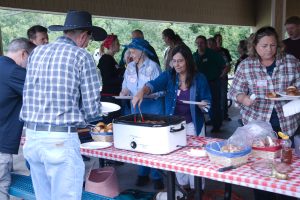 After 15 years of online business, I can confirm that your most valuable asset will be your mailing list.

What has really surprised me were the many times I thought I had burned out my list from too many promotions or a bone-headed decision, and found that given enough time to recover, my subscribers were only too happy to continue following me and my recommendations.

I also see the logic in an article I read several years ago in which the writer suggested to release your first product for free just to get people onto a mailing list, where you can sell a variety of follow-up products for years to come.

Treat people right, and they’ll stick with you forever.

Most business people agree with all this, but find it a challenge to decide on a set of tools to use in managing a profitable mailing list.

For most people, these hosted services are a good deal, because they handle all the tech stuff for you, and charge you a monthly fee for the use of their servers and software.

Some folks, like me, prefer to keep things in-house, and choose to purchase software to run our mailing lists on our own servers.  This has 2 main advantages.  It’s cheaper, and if something breaks, you can go in and fix it yourself, as long as you know enough techie stuff to do it.

Self-hosted mailing list software will often cost somewhere in the neighborhood of $200 to $500 as a 1-time cost, with optional yearly update fees, usually around half of that.  Running your own email server requires more than cheap shared hosting, though.  Expect hosting to run at least $30 per month if you want to use a self-hosted mailing list manager.  For a small list, this negates the price advantage of self-hosted solutions.

Honestly, $50 per month for an average sized mailing list isn’t terribly expensive, for the simple fact that if you send out the right type of content and promotions, you should be making many times that in revenue and profit.  Some business experts quote $1 per month per subscriber as a general rule of thumb, although this varies depending on what field you’re in.

In the “make money” fields, you could make much more than $1 per subscriber per month.  Perhaps $5 to $10 or more per subscriber.

In the personal development field, it’s fairly common for business owners to see only 10 cents per subscriber per month.  At one time, this is what I saw from my own lists, although I’ve learned how to do better, and can often generate 50 cents to a dollar per month per subscriber.

At 5000 subscribers, this is between $2500 and $5000 per month from email.  Easily 50 to 100 times the fee of list hosting.  That puts the list hosting fee at less than 2%, which is equivalent to the fees involved in processing online payments.  Just another cost of doing business.

Since this is such an important part of my online business, I recently surveyed the tools currently available to manage my lists.

Early on in my career, I found ListMailPro, which at that time was a great list manager.  In fact, there are some features it had (and I miss) which have not yet been duplicated by anyone else.

Eventually, development stopped on ListMailPro, and although I hung on to it as long as I could, I found myself wanting more, and moved on to arpReach, the successor to AutoResponsePlus.

ArpReach had a great mix of features, but the problem was that some of those features didn’t work correctly, and development had stagnated there too.  In 2015, it was sold to a new company who promised to do great things with it.

Unfortunately, the “great things” they promised were tiny bug fixes, and a new subscription service to verify email addresses before you mailed to them.  Here again, even with the bugs that weren’t fixed, I hung on as long as I could, but eventually felt it was time to move on.

In today’s market, self-hosted mailing list managers are less common than they used to be, mainly because most folks find the hosted services like Aweber, GetResponse, Constant Contact, MailChimp, and the others to be so convenient and reasonably priced.

One of the most respected programs, Interspire’s Email Marketer, has long since been abandoned, as has Octeth’s OemPro.  (I had purchased OemPro at one point, as it had an option to sell accounts to others, but I felt the interface was too techie for the average business owner.  That, and a few key features didn’t work as I thought they should.)

There are a few high-end programs still alive and kicking.  Mumara is a well-rounded program, although with the release of MumaraCampaigns+, it looks like the developers are moving away from developing a self-hosted script to a fully hosted service.

ExpertSender seems viable, although the lack of pricing information on their website is a clear sign they are only interested in corporate clients who can afford 5-figure license fees.  Maybe once I get my list up to a million subscribers, but not now.

NuevoMailer has an interesting mix of features, but there are some unusual methodologies being used there which I’d rather not mess with.

Mautic is an open-source and free software that does a lot more than just mailing list management.  A good concept, but still in the early development stage — not yet ready for prime time.

Sendy is a popular and low-cost option, developed to use Amazon.com’s SES email service.  Good enough for many folks, but didn’t quite meet up with my needs.

In my recent research, I ran across a number of suggestions to check out a low-cost program called MailWizz.  At only $54, it seemed too cheap to be worthwhile, and the lack of any real sales page, documentation, or a working demo made it less appealing to someone like me who likes to know everything there is to know about a program before buying it.

Eventually, I collected enough information on this software, and the developer was kind enough to answer a bunch of questions, all of which led me to believe MailWizz may actually be the best offering currently on the market.

And considering that I can pay for an agency license to offer accounts to others, this could be an additional income source in my business.

I’ve just installed the software on my server, and am currently testing it out.  Will probably be a week or two before I know for sure whether this is good enough to go any further with it or not.

I suspect it will be, especially since the developer has a history of adding new features and fixing problems to keep his customers satisfied.

If you’re looking for the tools to manage a mailing list, and are comfortable with techie stuff like installing scripts and configuring DNS stuff, give MailWizz a try.  The software does walk you through the installation and setup process, so it’s not as intimidating as you might first expect.

If your needs aren’t too stringent, you could also give Sendy a try.  Using Amazon’s SES service, you can use basic shared hosting and save even more.

And if you’d rather let someone else take care of the techie stuff, check out MailChimp.  They offer free accounts for those with tiny lists, and the prices once you grow your list to a more respectable size are still pretty reasonable.  Of course, if you’re not in a hurry, I might have a better option for you soon.