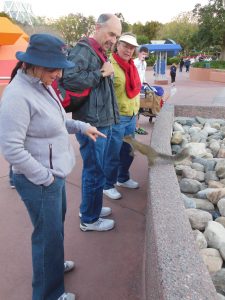 Have you had a chance to watch that video I mentioned in my previous post?

If not, here’s the link again: https://www.youtube.com/watch?v=u41nPHNC8Ls

This is a 40-minute video where I talk about the core principles and process of manifesting.

(BTW – We’re still getting to the new stuff. Just have to make sure everyone understands the basics first.)

That video talks about the 3 F’s (Faith, focus, and feeling) as well as the core process.

You’ll also see how the core process could be described as Relax, INDULGE, Imagine, Trust, and Act.

That action step is where many people lose their way in manifesting.

They follow the core process, but when it comes time to REALLY trust that it has worked and actually take physical action, they hesitate.

“What if it doesn’t work?” they think.

Thus revealing that they don’t really trust the process at all.

Yeah, yeah, yeah. I know. I started this series by saying that you can manifest your desires without actually being physically involved.

I also said that it’s a LOT easier when you DO get physically involved.

Now, there’s an easy way to fix this.

And this is a really powerful idea.

Use the core process to increase your trust in the process itself.

In other words, relax into a deep alpha or theta state if you can. Imagine yourself feeling a high level of trust that you can and do manifest your desires, and then PRETEND that it has worked.

When you truly understand the power of this idea, there’s absolutely NOTHING that can stop you from achieving ANYTHING you want to do.

There is a real power in pretending, which would take several emails to cover.

The short story is that when we pretend, we are essentially instructing our inner mind to assume that something is true, at least for the moment.

Sometimes, that’s all you need to get a level of trust that works for manifesting.

Imagine that you are a master manifestor, and everything you intend to manifest becomes reality in the most miraculous ways.

Allow yourself to daydream for a moment.

Really get into it.

What would it feel like if this were your normal life, and has been for the last 30 years?

Just imagining this puts you into a different mind space.

And that’s the real trick to manifesting.

Putting yourself into the right mind space.

Relaxing deeply and imagining your desired outcome as if it’s a physical reality — with all the associated sights, sounds, textures, smells, tastes, and emotional feelings — this makes it incredibly easy to trust that your desired reality can actually happen.

After all, as far as your inner mind is concerned, it has already happened.

You know how the experts say that the subconscious mind can’t tell the difference between a real event and one which has been vividly imagined?

Well, obvious it CAN tell the difference, at least when it’s happening, but the MEMORIES of the two events are essentially the same.

This is why many folks get confused whether something actually happened or if they just imagined it.

The reason most of us have trouble trusting is because we have too many memories of being disappointed and not enough memories of things working out the way we wanted them to.

What if this balance could be reversed?

What if you spent a few minutes each day creating new memories of getting everything you ever wanted, including approval and respect from others for having achieved it?

Do you think that maybe you’d eventually have more positive memories than painful ones, and your level of trust would naturally go up considerably?

I bet you would.

Believe it or not, it’s actually possible to create new positive memories AND erase the old negative memories, so you get better results quicker.

And all within a few minutes.

This is where this stuff gets REALLY interesting!

Until next time, be blessed, my friend.