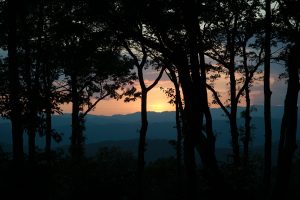 As I’m preparing for another talk here in my local area, I’m reminded of the first book I found which opened the doors to the REALITY of metaphysical phenomenon.  “Stars, Spells, Secrets, and Sorcery” by Barbara Haislip.

Still have a copy on my bookshelf since that was such a significant turning point in my life.

That book introduced me to astrology, numerology, palmistry, divination, and some simple techniques for manifesting a desired result.

I remember practicing the many different suggestions over and over again without much success.  I simply didn’t BELIEVE in the practices enough to make them work.  If my belief were stronger, I would have gotten better results.

My talk is on my current manifestation process, which I’ve called Harmonic Prayer.  A simple process of relaxing, eliciting positive emotions through some mental indulgence, imagining what you want in vivid detail, trusting that the process has already produced a result, and then acting on Divine Guidance (intuition) until the manifestation shows up in your life.

Prayer takes many forms, including those we may call strange, weird, or superstitious, like writing your wish on a piece of paper and then burning it, or carrying a rabbit’s foot in your pocket, or tapping specific points on your body.

What makes any form of prayer work is our belief (or if you prefer, faith) in the process.

In many respects, this is what Christ meant when he said we must become as little children, who accept what the grownups tell them without question or argument.

If we want positive results from our prayers (in whatever form they take) we must BELIEVE we’ll get the results we’re after.

Again, I’ve found that when we relax deeply, to the point where we are in an alpha or theta state of mind, elicit a positive emotion like love, joy, gratitude, or even sensual pleasure, and imagine what we want in rich, vivid detail, to the point where what we imagine inside our minds is just as real as what we experience physically, these things naturally lead to a stronger belief that we’ll get the outcome we desire to have.

Once you’ve had a few positive results from this process, you can get similar results with less effort, because your belief in manifestation itself is stronger, as well as your belief that YOU can manifest the things you want.

Once you believe in your own ability to manifest things, you can get results with practically any process you want to play with.

Until next time, be blessed!